South Boston grew rapidly after the construction of the Old Colony Railroad, and flourished as the hub of industry in the years prior to the Civil War. Iron foundries, machine shops, shipyards and refineries all fueled the war effort. South Boston's rapid industrial growth attracted an influx of Irish immigrants. Irish-Americans continue to be a strong cultural force in the community and celebrate each St. Patrick's Day with a lively parade through the neighborhood.

In the 20th century, shipyard and railroad jobs continued to provide work for South Boston residents. Today South Boston’s commercial district lines East and West Broadway with a multitude of pubs, shops and restaurants such as Sullivan's. South Boston's waterfront boasts miles of beaches and coastal parks, including Carson, L Street and Pleasure Bay Beaches. Toward the end of the 19th century, landscape architect Frederick Law Olmsted created "the Strandway," which runs from Castle Island to Columbus Park.

Residents of Southie are famous around Boston for the fierce pride they feel for their neighborhood. Families often remain in the neighborhood for generations, inhabiting the characteristic Southie triple- deckers and row-houses. There are also single family homes in this long-standing community. Home prices here vary depending on size and proximity to the waterfront. 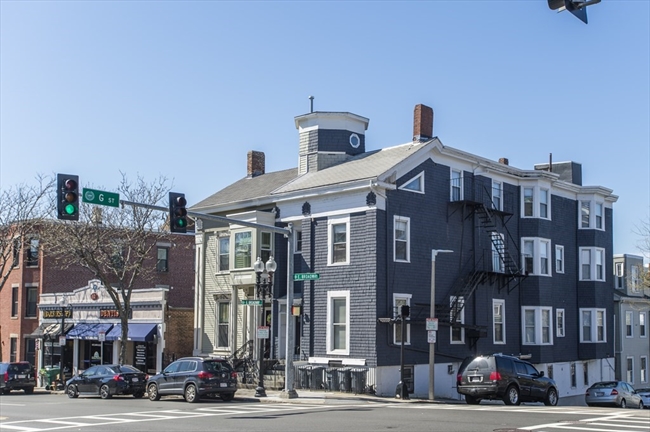 The offering is a multi-family building consisting of seven one bedroom units and one studio unit. Unit features include modern finishes complete with Bosch appliances, black honed granite counters, oak hardwood floors, marble bathrooms and high efficiency on-demand hot water heaters. In addition to the recent in-unit renovations, there have been many base building renovations completed. 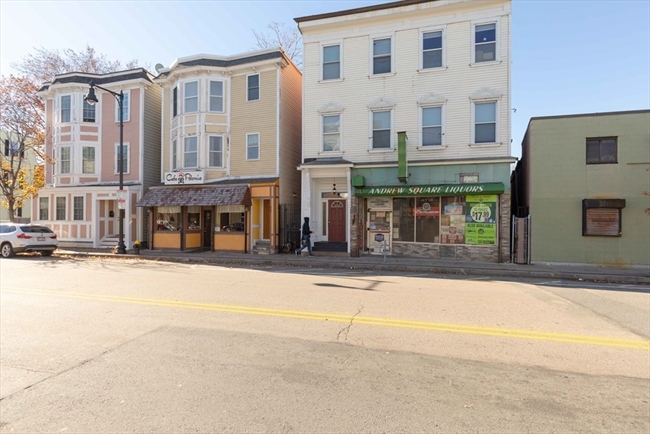 PACKAGE OFFERING - PRIME LOCATION/Across from Andrew Station MBTA Red Line and bus system. 605-607 Dorchester Ave is being sold with 8-10 Boston St.(Properties are attached in the rear). Lots are 2250sf combined. The buildings consist of four 3 bed rentals on upper floors, an "auxiliary" use space with kitchenette and bath in basement of 607 Dorchester (4 of the units have been fully renovated) and a first floor commercial tenant occupies both the first floors with storefront access on both Boston St and Dorchester Ave. The 2022 projected building rents is approximately $21,385 monthly. The City of Boston is currently working on a change of zoning for the area of Andrew T Station to Broadway T Station w/significant height allowance planned. Zoning links, BPDA Links, plot plans and renderings can be found in virtual link. The current commercial tenant is a long term TAW. The adjoining parcel is approved for 6 floors/25 units. Interior photos upon request. 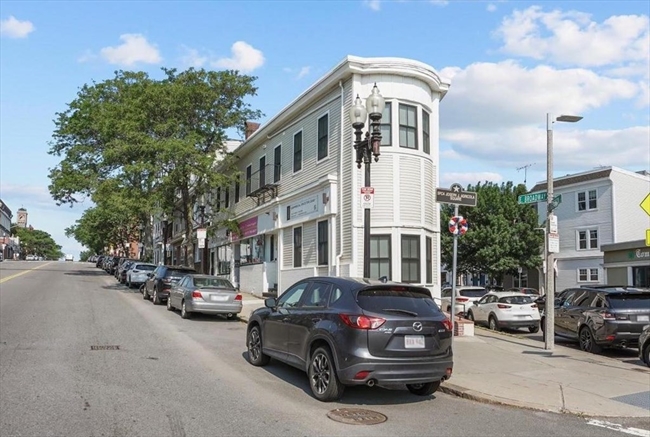 This 6-unit mixed-use building in the heart of South Boston is a welcome addition to any investment portfolio. Consisting of 3 commercial and 3 residential units, this property's East Broadway location offers high visibility for businesses as well as close proximity to shops and restaurants for residential tenants. Whether you're a first-time investor or a seasoned vet, the solid ROI is there on this parcel. 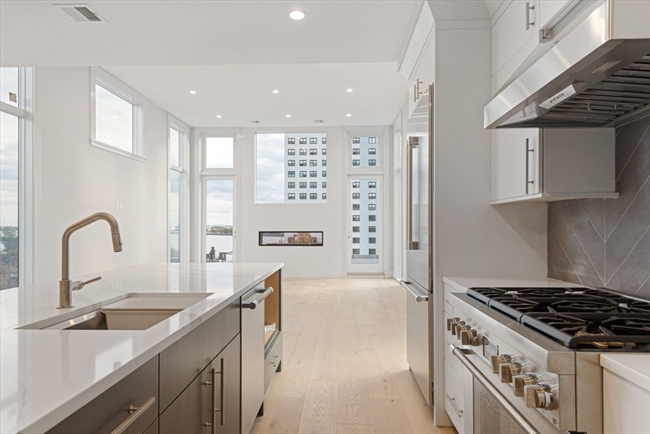 Listed by Heller & Chauvin and Christopher Heller of Penrose Realty 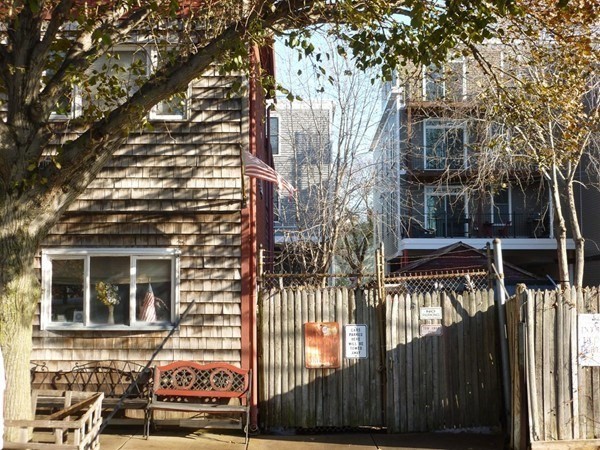 Attention builders & investors. New price. Just in time to build for the post pandemic era. This tear down SF sits on an oversized lot in South Boston, approximately 3951SF, and is conveniently located near the T, Carson Beach and all of the great shops and restaurants that Southie has to offer. Property includes curb cut and driveway. Zoning subdistrict MFR multi family residential. Buyers to perform all due diligence. This property is selling “As Is”. Please do not walk the property or disturb the tenant. 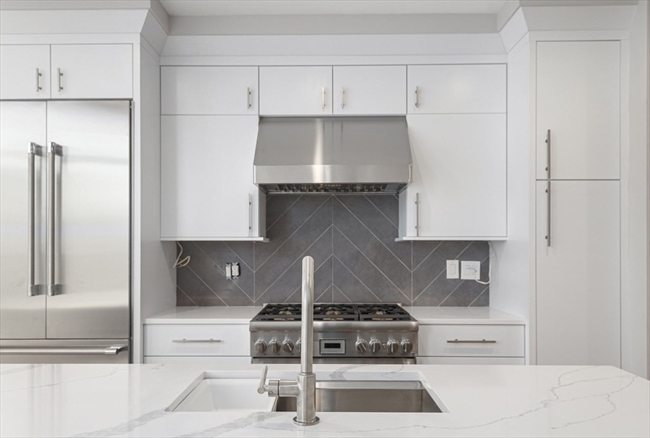 Listed by Christopher Heller and Heller & Chauvin of Penrose Realty 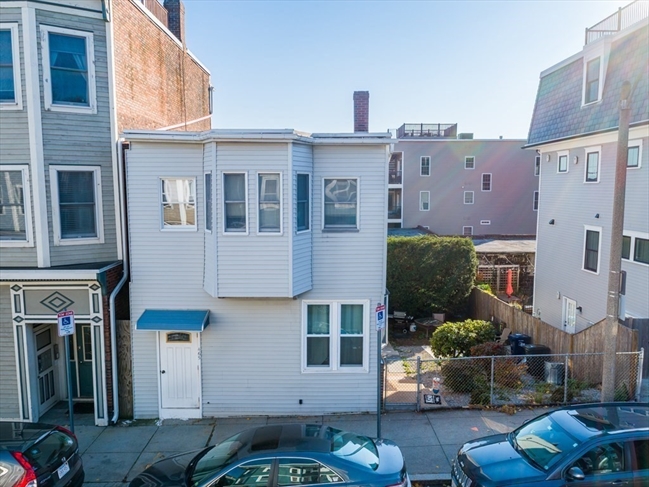 Premier East Side Offering! Opportunity knocks at this "Southie Double" lot close to Carson Beach! This three-unit multi-family is ripe for investors to take advantage of a prime location. Property offers an opportunity to renovate, rebuild or expand. Space to build parking and potential rooftop views of the beach make this a lucrative investment. One block from the beach, and no flood insurance needed. Current rent prices are below market value. Private showings only. 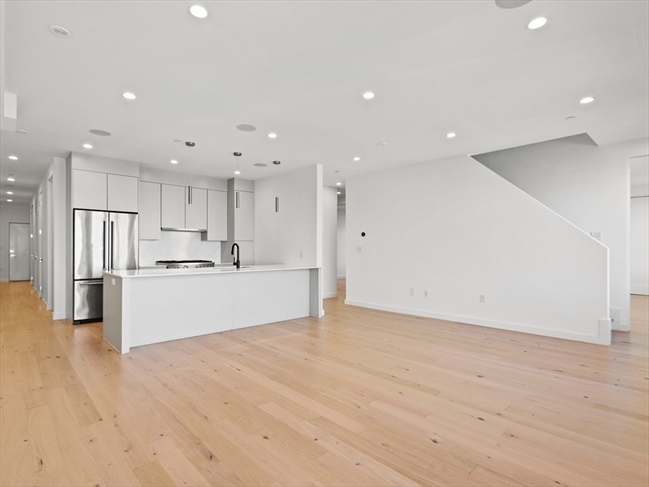 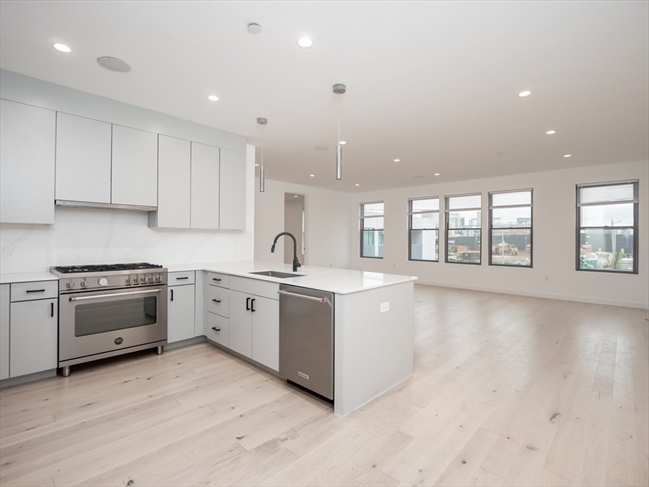 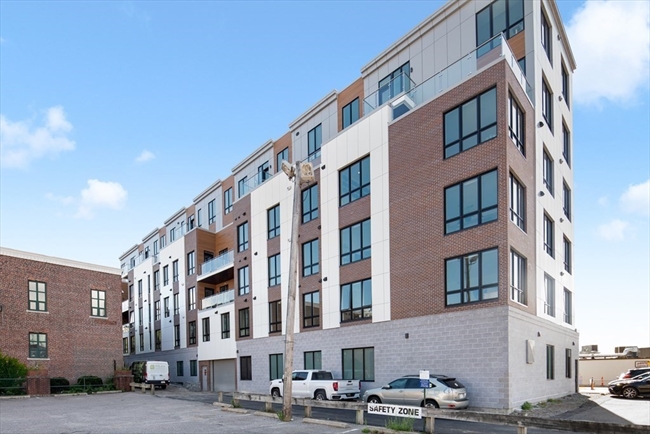 1 of only 2 units left at the brand new Ceinture condominium building! Move right in! The Ceinture includes over 4,000 sq ft of common amenities including a furnished lobby with a part-time concierge, a fully equipped fitness center, a residence work-café with wireless internet, a club room with a catering kitchen and a 2,000+ sq ft roof deck with several outdoor seating areas and gas grilling stations. The Ceinture is conveniently located within 4 blocks of the West Broadway red line t-stop and the community offers, private storage spaces and bike storage. Residence 6F is a 2+Den | 2.5 bathroom residence with private balcony. Luxury finishes include custom kitchen cabinetry, Thermador and Bosch stainless steel appliances, quartz countertops with waterfall edges, multiple built-in speakers and oak engineered hardwood flooring throughout. 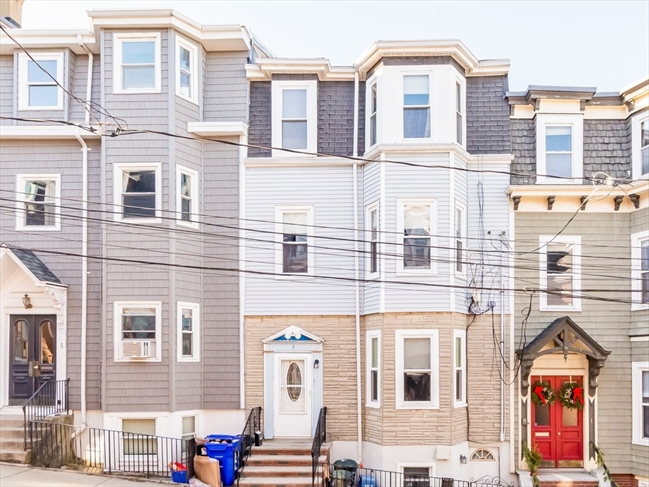 Thomas Park 3 Family - Unit 1 is a garden level one bedroom currently vacant, unit 2 is a 1st floor one bedroom currently leased for $1,800 until 8/31/22, Unit 3 is a upper level duplex on the 2nd and 3rd floor of property. Consists of 3.5 bedrooms, 1.5 baths and is currently leased for $3,000 until 8/31/22. Property is well cared for and an in a sought after location. Rear deck off unit 3 main floor unit and unit 1 and 2 walk out to private rear yard. Floor plans and interior videos available. 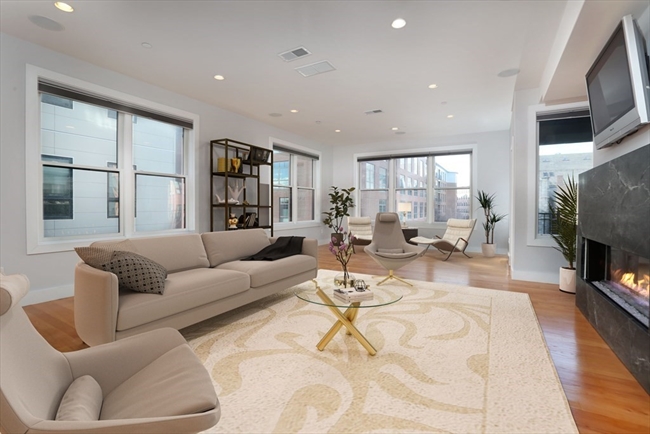