Lincoln, incorporated in 1754, possesses the country charm as a small New England town, making it a great place to settle. This affluent community that started as a farming settlement has benefited from its close proximity to Boston which is only 12 miles away. The town has grown into a desirable suburb. The history of this place is closely tied to its neighboring communities, Lexington and Concord. What is now the Town of Lincoln was land formed from nipping parts of adjacent towns. It was for this reason that an old nickname for the community was "Niptown".

Lincoln prides itself on preserving the past, but looking to the future. This is seen in the value that is places on conservation and historical preservation while constantly seeking ways to improve education and town government. Lincoln's winding roads wander past fields which have been farmed for many generations, a true bog, groves of hemlock, and pristine woods of pine and hardwoods.

Well-to-do residential homes coexist in a landscape of stone walls, historic barns and farmhouses, giving quaint dimension to this lovely community. Blessed with ponds, Lincoln became a popular site for country estates and summer places. These substantial properties still exist for public use. Among the estate owners were Louise Hathaway, who built Drumlin Farm and whose estate now serves as the headquarters of the Massachusetts Audubon Society. James Storrow, financier of railroads and automobiles, built a mansion that now houses the Carroll School.

The DeCordova Museum and Sculpture Park is named for the original property owned by Julian DeCordova. Lincoln's rural roots are seen in the town's current layout. Because the new village was established in the outlying districts of its three parent towns, there is no closely built-up center; broad fields surround the central five corners and run up the slopes of Lincoln Hill.

However, the rural appeal of this community, marked by open-space and unspoiled surroundings does not diminish the quality of its municipal services. Lincoln has an excellent school system comprised of elementary schools and middle schools on two campuses, as well as the Lincoln-Sudbury Regional High School and the Minutemen Regional High School. 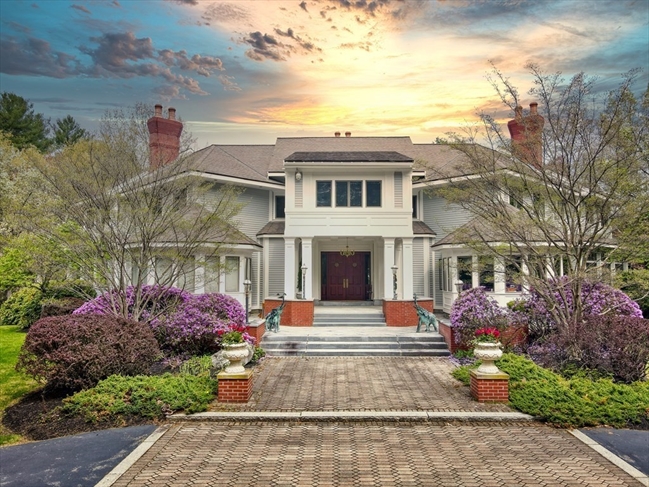 A jewel set in a premier neighborhood, this 7 bdrm home offers stunning spaces filled w/gracious amenities & hand crafted artistry. An octagonal living room is ringed w/windows highlighting formal garden & the pool. No detail is overlooked in the cutting edge kitchen, comfy family room & formal dining room w/bay. Also on the first floor is a richly appointed home office & charming guest suite. Four upstairs bedrooms, plus a lounge, fan out from the skylit gallery hall. The luxe primary suite w/2 walk-in closets & an expansive bathroom creates the perfect retreat. Two family bedrooms feature delightful mural & a 4th bedroom is its own suite. The lower level is designed for fun with a bar/rec area that evokes a night on the town. Move the party to the home theatre and then step right to an indoor hot tub! who says you can't have it all? Privately set in a walkable neighborhood close to Lincoln's nature trails & w/easy access to Boston & Cambridge; this home offers a magical lifestyle.

Listed by Patti Salem and Associates and Cynthia Stephenson of Compass 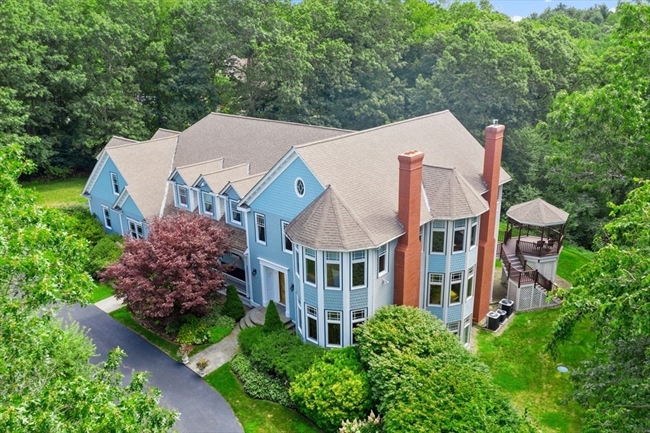 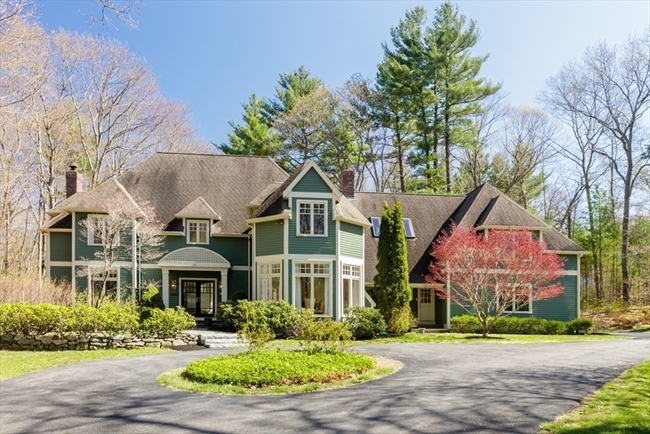 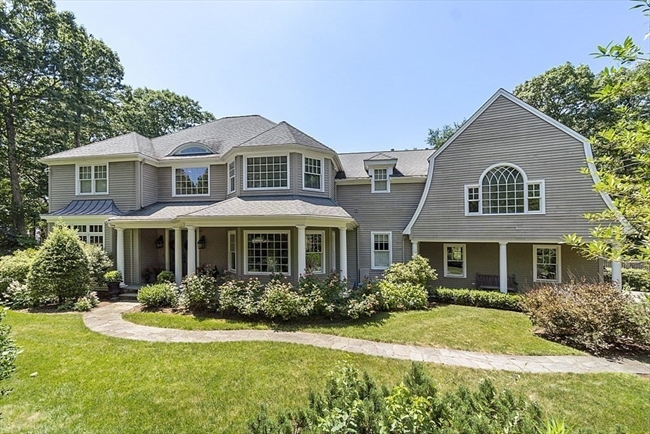 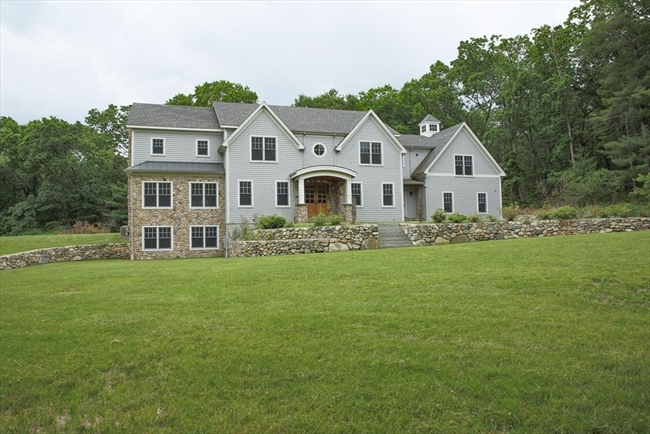 Sited a few minutes from Minuteman National Park, this masterfully built Shingle style was designed for today's modern lifestyle. A copper standing seam barrel roof welcomes you home. An inviting foyer leads you to the bright, sun-splashed open concept gourmet kitchen with professional appliances, a center island and breakfast nook. The adjoining fire-placed family room and front-to-back living room give the space a comfortable feel. A formal dining room, home office with custom built-ins and a generous mudroom attach to a three car garage. There is a spacious ensuite master bedroom with dual vanities and walk-in closet. There are four additional bedrooms and three baths on the second floor with a great bonus room with plenty of natural light. The half story on the third floor is three-quarters of the way finished. Basement could accommodate hobby room, music room or craft room. Beautiful yard with manicured grounds. Conveniently located within minutes of major commuter routes. 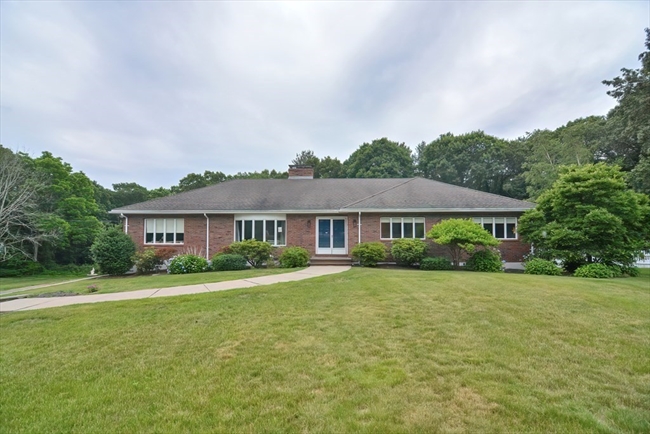 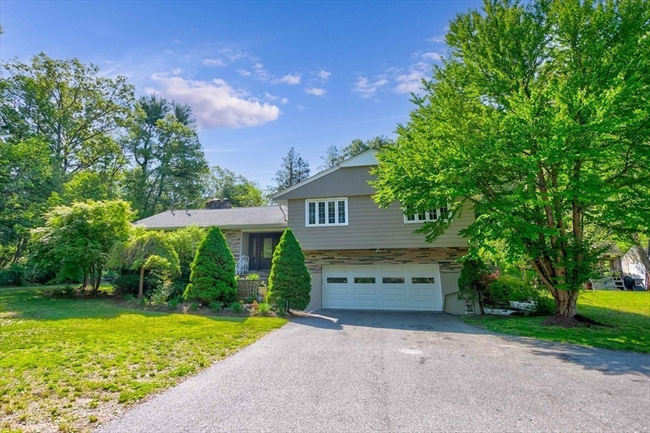 Welcome to 42 Bypass Rd - this multi-level home consists of 4,526 sqft of living space, 5bdrs/3 full baths, and a 2-car attached garage. Located on desirable Concord line w/ quick access to Rt 2. and only 2 miles to Walden Pond. The living room effortlessly flows to the dining room with a unique double-sided fireplace centered between the 2 rooms. Updated eat-in kitchen w/ granite countertops & vent hood featuring a breakfast area that overlooks the serene back patio. On the main level, you'll also find an amazing sunroom w/ fireplace and second access to the backyard. The lower level not only has a large family room w/ fireplace but also its own separate entrance which is perfect for the 5th guest bedroom w/ full bath & laundry. Recent updates include a newer roof & newer windows throughout. Floor plans available but this one is a must-see in person! SELLER MOTIVATED! 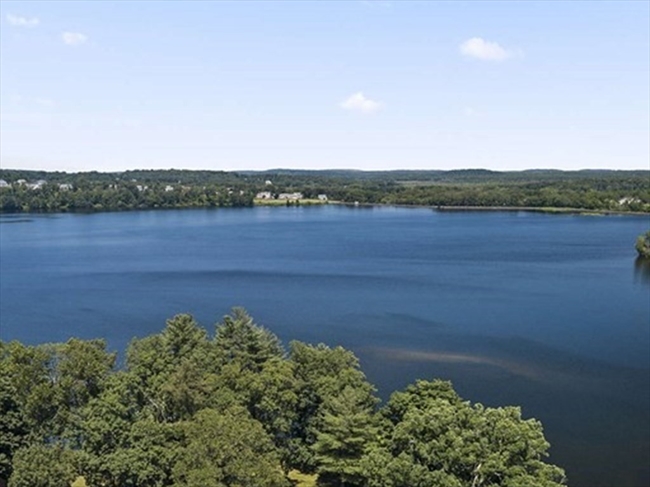 Lincoln offers open space, renown museums such as the DeCordova and Gropius House and over 81 Miles of trails for non-motorized use all within minutes of cosmopolitan Boston. Build your dream home on this 3.86 Acre wooded lot close to the Cambridge Reservoir. It is located at the end of a cul de sac near Lincoln Town Center with MBTA stop. Easy access to Rts 128, 2 and the Pike. Lincoln Schools. Private spot for a significant home with ease of access to everything! Survey and PERC TEST -PASS- from 3/18/2021 in hand. 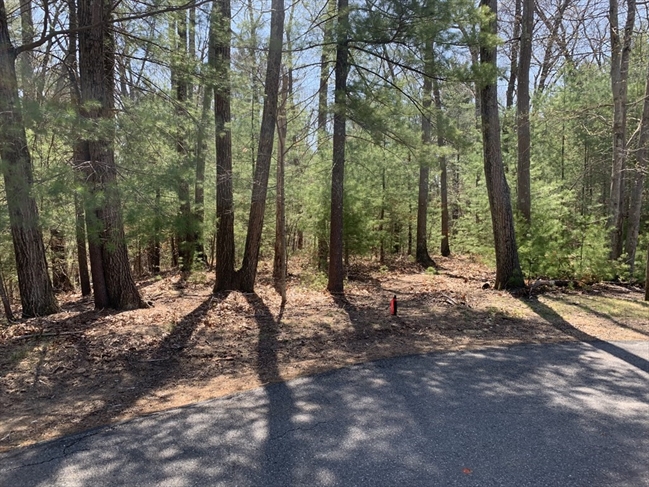 This parcel is set at the end of Pine Ridge Road in South Lincoln, Massachusetts. From the initial high point of the property, it descends away from the road, into a private woodland setting overlooking a wetland. This lot enjoys woodland views as well as views of the open areas and pond on the neighboring parcel. The property is located 5 minutes from the center of Lincoln and its soon-to-be upgraded schools, as well as 10 minutes from the Lincoln-Sudbury Regional High school in Sudbury. Lincoln commuter rail provides access to Cambridge and Boston. The wetlands have been defined by an ORAD (wetlands delineation) and approved by the conservation commission. Witnessed percolation tests have been completed, and a 5 BR septic design has been created and approved by the Board of Health. Seller makes no representations about developability of lot other than approvals already obtained. Contact agent for an appointment. 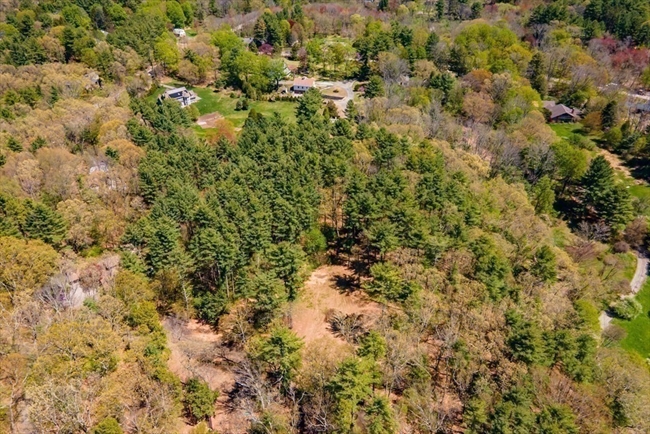 Land and location! Set back from the street and nestled in the woods a gently sloped 3.69-acre lot. Approved 5 - bedroom septic design with proposed building envelope. The location is terrific - close to Farrar Pond and hiking trails. There is easy access to Lincoln shops and commuter rail station as well as major routes into Cambridge and Boston. Seller makes no representation about develop ability of lot other than approvals already obtained. The buyer is solely responsible to do their own due diligence and not limited to Lincoln town re: water tie-in, town building permits, conservation ,zoning, planning etc. Lot has easements. 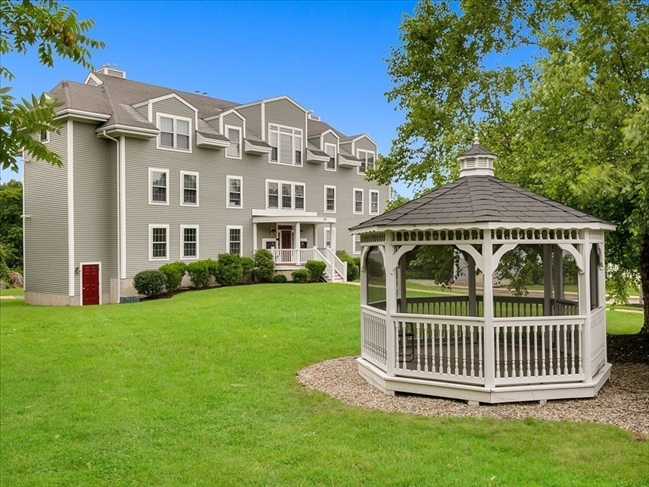 Spacious and luxurious 55+ condo at Minuteman Commons is maintained to perfection and has the best views in the neighborhood! Quality 2006 construction, this 2-bedroom, 2 full bath home looks and lives like new with many large windows and high ceilings, a large kitchen with plenty of cabinets, granite counters, and sparkling appliances. The large corner livingroom has beautiful, perfect hardwood floors and a gas fireplace and is open to the dining area. And the master suite offers a generous walk-in-closet and private bath with oversized shower. Unexpected extras include an elevator that takes you right to your door from your deeded garage space, in-unit laundry, extra storage, assigned outdoor parking, an exercise gym, and a welcoming clubroom with kitchen. All this within a short walk to Minuteman National Historical Park, near the Lincoln and Concord town centers, and easy access to Routes 2 and 95. 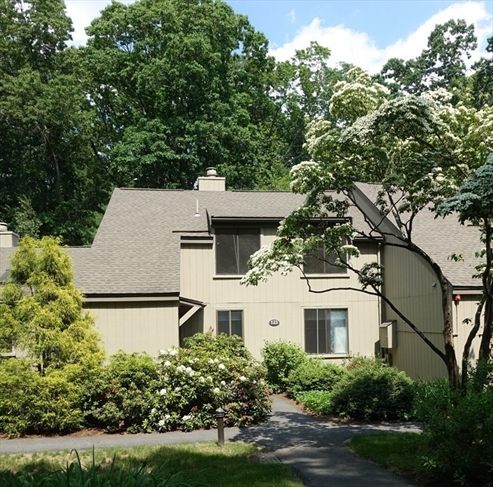 Bring your contractor and your imagination to retore this spacious townhouse in sought-after Farrar Pond Village. Make this 3-bedroom, 2.5-bath your own from bottom up. This fixer-upper has so much potential - well worth the time and effort! Recent sales of updated condos in this complex are selling well above their assessments. Farrar Pond Village includes the use of the community garden, playground and canoe launch on an 88-acre pond with access to trails in surrounding conservation land. SOLD in its “AS-IS” CONDITION. SELLER WILL MAKE NO REPAIRS. Estate Sale. Property subject to License to Sell. Opportunity of a lifetime!