Brookline is one of Boston's most desirable suburbs to live in. With its rich history, grand homes, vibrant town centers and active community involvement, the Town of Brookline attracts a diverse mix of professionals, many of whom work in the neighboring City of Boston.

Brookline began in the 1630's as a collection of settlements in the "Muddy River" farmlands west of Boston. By 1705, residents petitioned for independence from Boston and incorporated as the Town of

Brookline. The local government, led by a board of selectmen is still in place today. Residents here are decidedly proud of their distinct independence from Boston which surrounds the town like a horseshoe.

Many prominent figures from the history of the region and the nation have resided in Brookline over the centuries. Most notable is President John F. Kennedy whose birthplace is a historical site in the town. The 55,000 residents in this town live both in close proximity and spread out. There are stately apartment and condominium buildings along the town's main avenues, and suburban streets of impressive homes, fronted by wide, manicured lawns.

Route 9, which leads west out of Boston, crosses Brookline and along this street is a great deal of commercial activity from high-end shops, large retailers, ethnic restaurants and professional offices. Business also centers in a number of town centers. Coolidge Corner with its landmark clock tower and Brookline Village are both pedestrian-friendly public spaces of quaint shops, delicatessens, restaurants and cafes. Other shopping and business venues include: Washington Square, Chestnut Hill/ Putterham, JFK Crossing and St. Mary/Lower Beacon Street.

Perhaps as a nod to its agricultural past, the town hosts a farmer's produce market once a week on Centre Street through the summer and autumn. Civic participation is strong in Brookline where residents take part in numerous active neighborhood associations. Additionally, there is a historical society committed to preserving the town's past.

Several colleges are located in Brookline such as Newbury College, and most notably, Boston College. Its beautiful well-laid out campus of gothic architecture and large stadium are located in the prestigious Chestnut Hill section of Brookline. Brookline is well-served by roads and rapid transit. Massachusetts Turnpike Route 90 is accessible just north of town and routes 30 and 9 run through Brookline. There is also bus and street car service from Boston on several regular lines. 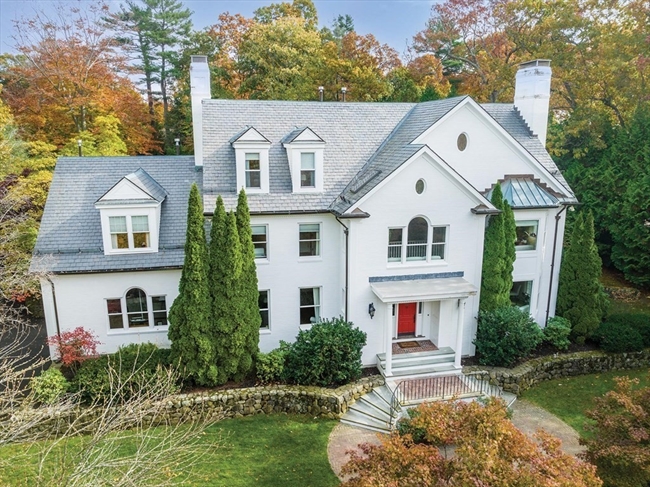 Harmonized with exquisite surroundings, this spectacular residence is set on just under one-acre in prestigious Sargent Estates, one of Brookline’s extraordinary locations. Built in 1994, this fourteen room, six bathroom property has since undergone many renovations and beautifully displays exceptional design and custom details throughout the 6,883 square foot interior. The marble-appointed foyer, with dramatic staircase, is a fitting introduction to the main level with stately, principal rooms. The layout is well-suited for entertaining as well as intimate gatherings. There are six bedrooms including a primary bedroom with marble fireplace and luxurious bathroom. The third floor has two bedrooms-perfect for au pair or guest suite. The lower level has a wonderful home theater plus exercise room. The floor plan is brightened by many windows and views of the picturesque grounds are breathtaking. Amenities include four fireplaces, multi-zone HVAC, slate roof, and three-car heated garage. 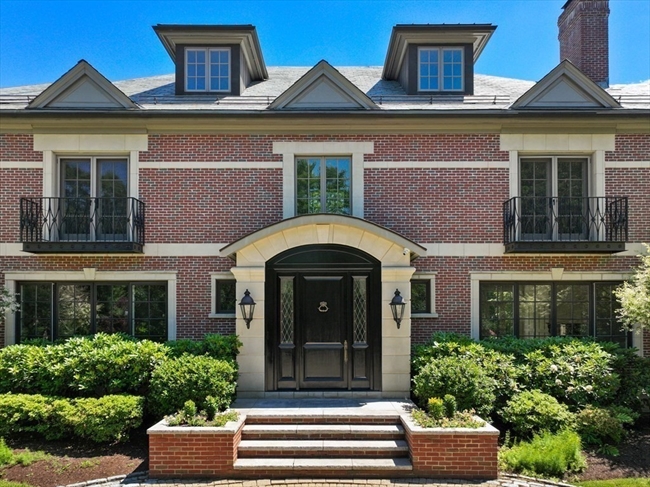 Listed by Erin Baumgartner and Emily Sullivan of Compass 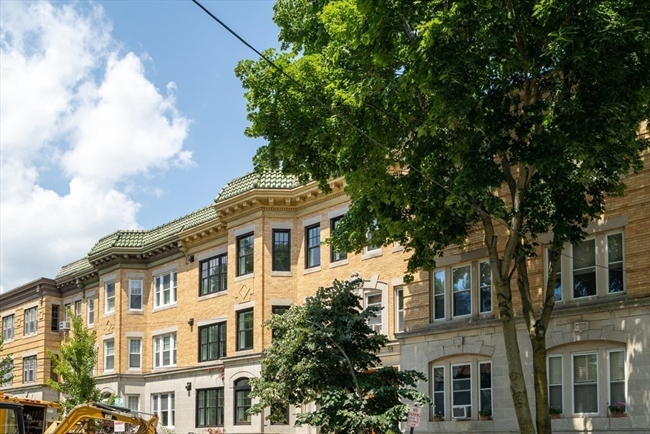 Listed by Mark Linsky of At Home Realty,Inc. 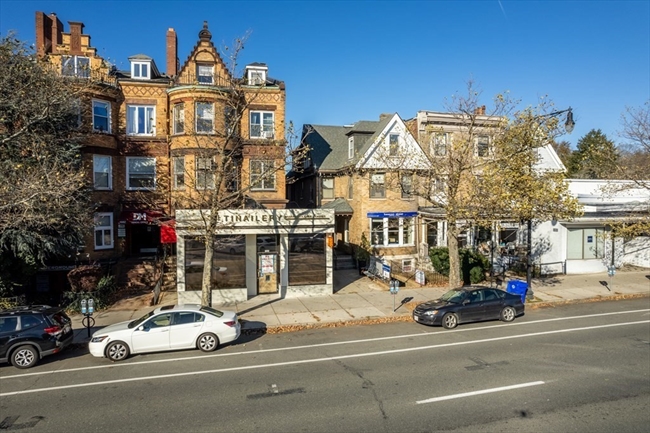 Rare once in a generation offering of two adjacent buildings (separated by a walkway that leads from Beacon Street to parking) with 12 +/- parking spaces in the heart of Washington Square, one of Brookline's most desirable locations and with the MBTA Green Line at your door and local and national retail and some of Greater Boston's strongest residential properties surrounding you. Each building has prime retail space on the first floor (1678 has gorgeous dental suite while 1680 has a stunning spa/salon undergoing a major gut renovation with a new 5 year lease), charming office spaces with high ceilings above, and a residential apartment on the top floor of each building. Upper floor spaces rented below market. Multiple fireplaces and much detail throughout. New roof done in roughly the past year at 1680 Beacon. A unique opportunity to own a legacy property in one of Greater Boston's most desirable markets. 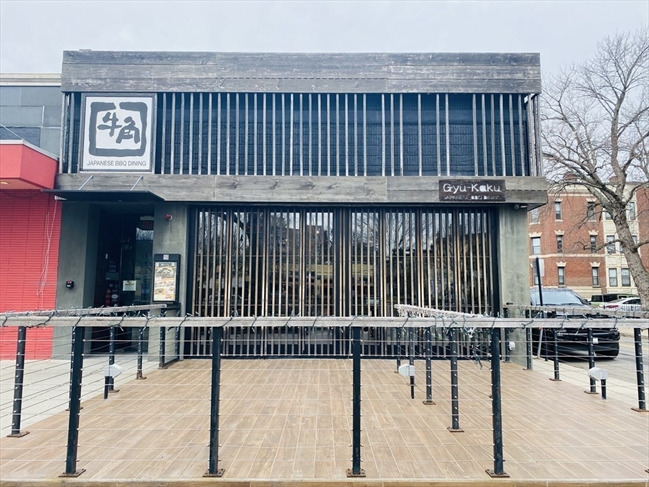 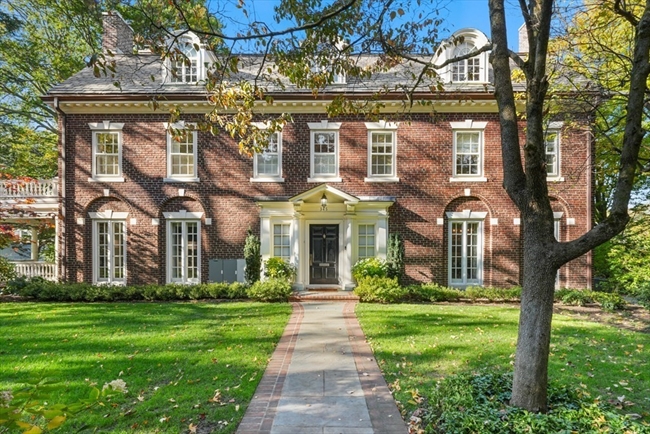 Exquisite modern renovation of a classic 1916 Georgian Revival home on Fisher Hill. Perfect for entertaining, this distinguished home boasts floor to ceiling windows, a beautiful formal dining room, and a large living room with French doors that lead outside to a beautiful covered patio. The large 32’x17’ kitchen has all of the top appliances, a steam oven and direct access to another outdoor patio overlooking the manicured grounds. Special attention to period detail is seen throughout this home with the careful selection of finishes and artisan touches that give this home a timeless, yet modern feel. The second floor primary bedroom has a fireplace, a marble bathroom, two walk in closets, and a private terrace. Two additional bedroom suites and a large family room/optional bedroom are located on the third floor. The finished basement has a large living room/game room, an au pair suite, and a large gym. The home is rounded out with a substantial generator system and a 2 car garage. 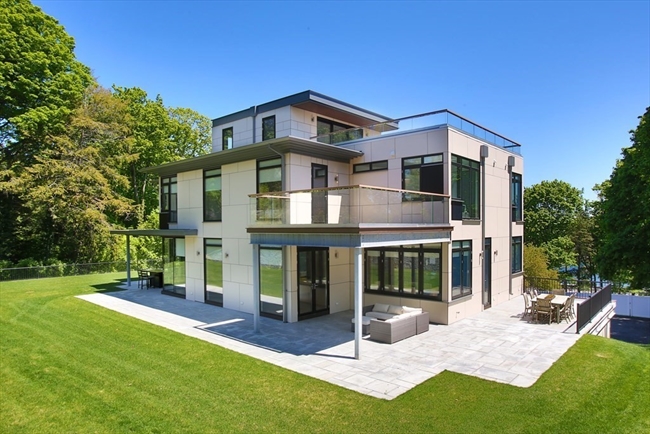 Elegant living meets modern style in this stunning contemporary Fisher Hill residence! Spanning over 6,800 sqft, with 5 bedrooms and 6.5 bathrooms, this property is in a class of its own with its fabulous open layout, luxurious fixtures and finishes. Every detail has been thoughtfully considered to the highest standards. The home’s stunning foyer is highlighted by the custom glass, wood and metal stair. One of the most captivating features is the abundant light from the oversized glass curtain wall. The custom kitchen features state of the art appliances by Miele. The living areas and kitchen open onto the various bluestone patios and Italian designed backyard allowing for easy “indoor/outdoor” living. This turn key masterpiece has an elevator serving all floors and 3 bay heated garage (with storage and electric car charger) for easier living during the Winter months! This property is not one to be missed! 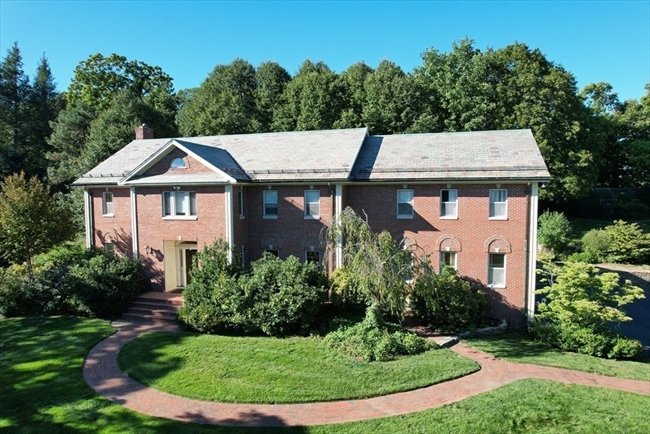 This a rare opportunity to own this Grand Colonial-style estate located in the heart of the Reservoir Section. Open the stately doors, which will lead you into a beautiful and elegant home, outside a flat yard, oval swimming pool, glass greenhouse, shrubs, and stone walls—surrounded to provide privacy. Imposing foyer in the entrance, the first level with formal living room with fireplace, library, formal dining room, and kitchen, a second high-ceiling living room sunny, access to the backyard and pool, a butler's pantry connect side entrance. The second-level main bedroom is a spacious high ceiling, walk-in closet, jacuzzi, and a space that can be used as a reading room/dressing room, in addition to 4 bedrooms and two full bathrooms. The basement includes an oversized family room with a fireplace and a suite with a full bathroom: a 4-car garage and 8 to 10 on the outside. Don't miss this 1.3-acre house. Convenient to Boston, Chestnut Hill, and private schools. 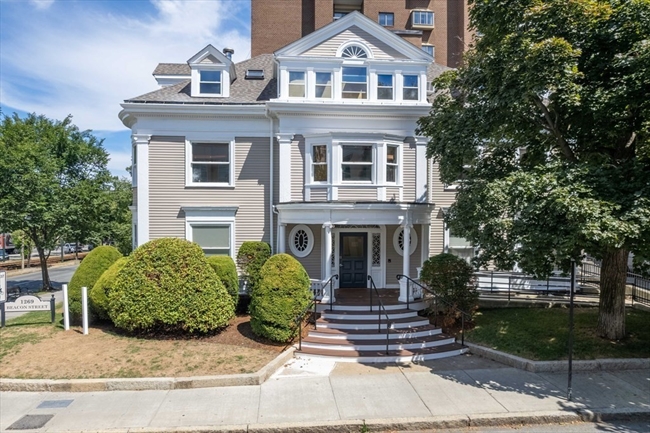 Available For Sale or Lease 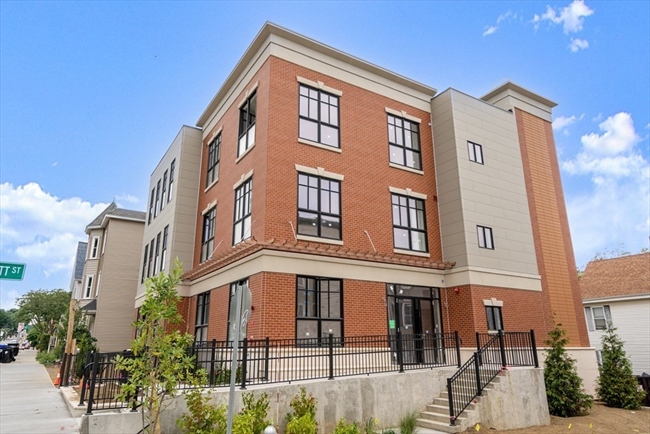 Elegant residence in Fisher Hill masterfully restored and designed with attention to detail for the discerning buyer seeking the highest quality materials. A grand entrance leads to four floors of luxury, design and livability with 7473 square feet. The heart of the home is the front to back kitchen/family room with wetbar opening to a covered porch and French doors to the rear terrace. The 2nd and 3rd floor affords a spacious primary suite with walk in closet and sleek bath, 5 additional en-suite bedrooms, study, and sitting room. A private entrance to the lower level which features french doors to a home gym, full bath with steam shower and large rec room with bar and potential wine room. Sited on 16,657 square feet of lush grounds with an oversized two-car garage. This urban suburban gem is conveniently located minutes to Runkle Elementary & Brookline High Schools, Waldstein & Fisher Hill Parks, "C" and "D" lines, restaurants, Downtown Boston, the medical area, and major roadways. 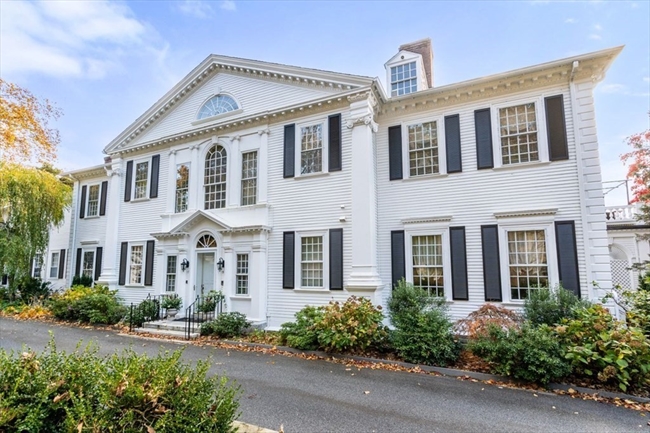